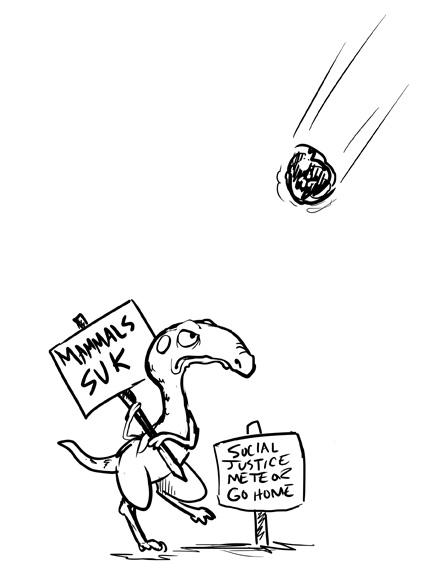 I’ve written several thousand words over the past week and a half about the harassment and violence that is endemic against women in the industry. I’ve mentioned the VD (I refuse to even use his full name) issue we fought in SFWA, the mess at the San Diego WFC, Valentine’s issues at ReaderCon, GamerGate, and more.

I had a whole post planned about why GamerGate has become rotten to its very core. Fortunately, I was saved the work, when someone threatened a school shooting/bombing if Anita Sarkeesian was allowed to speak at USU. Trigger warning for that post, obviously.

So, here’s the thing. There may be people in GamerGate who still have good intentions. There is CERTAINLY a place and a need for discussion of ethics in journalism and creative work. Unfortunately, any chance of that place being through GG has been destroyed, and that place is now far, *far* away from GamerGate. Even if a single person is responsible for all the threats, GG will now be seen as a hate group, issuing terrorist threats against students, faculty, women. Is that really the sort of association you want to have?

If you have even the remotest conflict about this issue anymore, if you still believe that any of the victims deserve this in any way, you need to go take a long, hard look at your own soul.

But here’s the other thing: we haven’t spent three+ years dealing with this kind of shit to stand by and watch my friends and colleagues fight the same battle in a slightly different field. We didn’t lose sleep and safety and trust so that other people–men and women alike–could be victimized.

(And it’s not all men. Some of the most awesome voices in this fight are male–Jim Hines and John Scalzi, Chuck Wendig and Alexander Irvine, and a number of journalists, authors, fans, and developers. Some of the loudest, most damaging voices are female. It happens. This isn’t about one or two women, it’s about the industry as a whole. It is, ironically, about ethics, just…rather not from the direction that people think it is.)

I’ve had enough, and I’d like to invite my industry to join me in taking a stand to end the harassment and violence. We’ve started making strides in safety and equality, and we’ve done enough that we’re a bona fide threat to the dinosaurs.

I was okay with those dinosaurs, because I believe that everyone has a right to be themselves, and happy and comfortable, until those dinosaurs decided that they were the only ones who would be accorded that same respect. They should have let sleeping dogs lie, because now we’re awake, and angry, and will stand our ground until we are safe.

I’ve had enough of being the prey. It’s time to be the meteor, and it’s time for this industry, and the people in it, to evolve. We’re not asking for the extinction of the past, merely the right to live, work, enjoy, and be safe in the industry and the world at large, too.

I won’t sink to their level. I won’t threaten, or harass, or doxx. I won’t endanger their families, or cross the line into terrorism or felony to make my point. This country has a long history of powerful, peaceful resistance, and that is precisely what I will do: stand my ground and keep making my voice heard and doing what I can to push the line forward until my colleagues can make a point without getting driven from their homes.

I will use my resources to protect, affirm, and raise the people around me who are creating beautiful, beneficial things. I will keep raising my voice to expose the vile elements in the industry, and I will raise it to celebrate the good ones. And I will not stop until the good overwhelms the evil. I will do my part to minimize the damage done by insecure, terrified, hateful creatures with no agenda but destruction.

And if that endangers me, or my friends and family, I will not hesitate to use all the resources at my disposal to ensure my safety, and the safety of the people around me, but I will never turn those resources to harmful ends.

Are you with me?